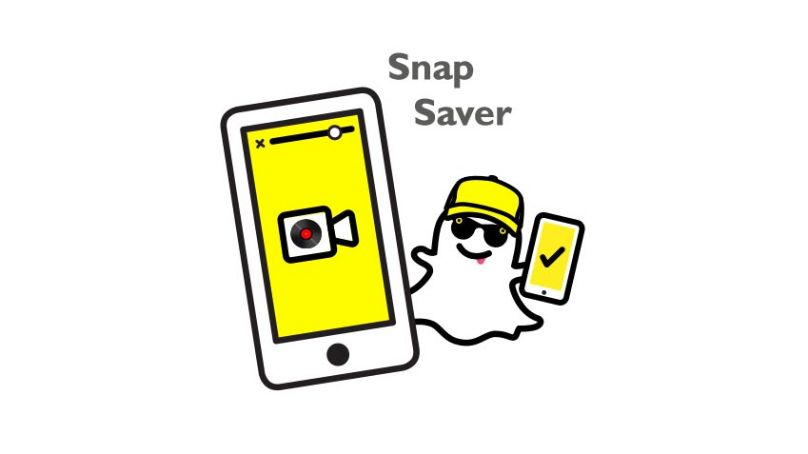 What If Snapchat brings saving Snapchat videos, stories feature to the snaps we receive and let you do screenshots of snaps someone sent you, that will be like you hunt a treasure But, sadly it will never going to happen since this app is gained these much fame because of its self destruct pictures and videos. This doesn’t mean that you can’t download Snapchat videos, This is where the third party apps come into this story and let you use advanced features that not included on the official app. Interesting right? so today in TechinDroid we panned out the working way to save Snapchat stories, Pics and videos using Snapchat saver on both Android and iOS devices.

Snapchat is an incredible platform used by millions of users worldwide, is different from most social networking applications that are on the market, this is because it has a few seconds to see a photo or video that, after a while, will no longer be available. This peculiar characteristic of self-destruction is what makes it so popular. Many users are wondering if there is a way to download videos from Snapchat before they disappear completely, and certainly, there are third party apps always have the place of doing experiments on this app and today discover how to save Snapchat videos, Save Snapchat stories and photos secretly.

We all wanted to take a screenshot on this Instant camera messaging app, either to save a photo or messages, but, if we dare do it on the default way you capture screenshot on your device, the app will notify the user that you took a screenshot, betraying our intention.

It is a mistake many newbies make, fortunately, these applications will not leave any traces of use. If you just wanna make a screenshot without notifying the sender read our previous guide about making Screenshot of a Snapchat without Notification, there we have explained that clearly and this guide have solution for that too.

Are you ready to get started? Here we listed the best Snapchat saver apps for both android and iPhone that 100% working with save a Snapchat Video, Story & Photo on Snapchat in 2020. Here are few apps to save Snapchats on Android and iOS.

Save Snapchat Photos, Stories and videos on iPhone

A viable solution if you own an iPhone or iPad running iOS 11 and up, iOS 11 has built in feature to record activity of an iPhone/iPad screen without the use of third party apps. So lets see how to setup it for capture snaps.

You can view recorded video from the Photos album of your iPhone.

We recommend you try the best app to save Snapchat, that is iOS Screen recorder this app allows you to record any activity undertaken on the phone, including audio. We going to use this tool as a video saver for Snapchat, To use it you must follow the following steps:

1.) Obviously, the first thing you need to do is download the iOS Screen recorder app on your iPhone, from your browser and head to the official website. Then select the option to install, accept and start downloading the application to your phone.

2.) When trying to open the application you will get an error “Untrusted Enterprice Developer” that will make us believe that we cannot download videos from Snapchat with this app.

3.) To remove this message, You need to go to “Settings“, then select “General” and headed for “Device Management” and activate the Trust of this application.

4.) Then we go to Snapchat and play as normal the video you want to save on your phone. After the video ends, we head back to the app and stop recording.

Immediately the video will be saved in this way in our gallery, we save Snaps on our iPhone without the other person noticing.

Save Snapchat VIDEOS, Pics and Stories on ANDROID with Screen Recorder

If you’re using Android this application will be perfect for save Snapchat Videos from someone’s story and pm, its a screen recorder for your smartphone that lets you capture video in any activity you make on your phone, including videos being played on Snapchat, unfortunately, you can not record audio. Its an app that lets you save Snapchats.

It is one of the most recommended app to download Snapchat videos, pics and stories.  For example, if you want to download a video from Snapchat on your phone and play them in the future, of course, the use of this app will not alert anyone in Snapchat. One of the pros of this application is the ability to set the video quality and size and other interesting features, if you want to use it follow this steps:

Now you just play the snap (Story, pic or a video) that we want to record and when done press “stop”, the snap will be saved in our video gallery to watch it on any media player.

SavemySnaps is an free android app that let you do some tricks on this social network like saving snaps, sending pictures from gallery, draw on snaps and many more features. After 2015 this app is officially discontinued not receiving updates anymore! These kind of 3rd party Downloader apps only work for a short while so its better to use screen capture apps i have mentioned above if you have trouble with using the Snapchat saver apps on iOS and Android. Then look for similar screen recorder apps if you look on play store you will find a lot of alternatives.

In this way, we can download videos, photos and stories from Snapchat with ease. Do not forget to comment your experience with these snap saver apps, as well as share this article on your social networks.

Also read:
Snapchat Leaks: Will You Download The Snapchat Private Pictures?.
How to Change Your Snapchat Username.
How to Fix Snapchat battery drain.
How to Create a Snapchat Account.
How to Delete Snapchat account.
How to Save Instagram Stories. 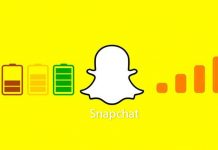 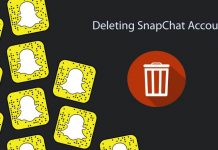