Are you the one who love playing games on the portable consoles?. Here is the collection of the best Game Boy Advance games 2023 (GBA games 2023) and i bet you have never played.

The Game Boy Advance is without a doubt, one of the best portable consoles of all time, the console had a huge quantity of quality games, from Pokemon Emerald to a personal favorite of mine, DBZ: Buu’s Fury. The console brought happiness and gave good memories to the people who owned one. You’ve probably seen all the gba games lists showing you the 40 best GBA games of all time, but what about the remaining 2500+ titles? Today on TechinDroid we’ll show you the best Game Boy Advance games that you may not know. 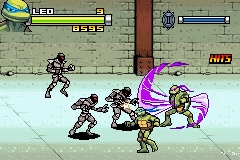 We’ll start the list with a movie-based and a fun GBA game. In 2007, Its one of the best gameboy advance games,  Ubisoft was given the task of making an adaptation of TMNT: Ninja Turtles for the (at the time) modern platforms. Interestingly, the version that stands out even above the Xbox 360 and PC is the Game Boy Advance one, nailing the TMNT core by offering a classic beat ’em up that could be considered as the spiritual successor to the legendary Turtles in Time (No multiplayer, though). The animations are nicely made and the gameplay adapts very well with the turtle we’re using and the sound is pretty cool. It’s a pretty awesome game (For a movie-based one). 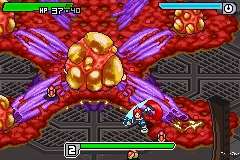 A bounty hunter, a parasitic alien life form, shots, jumps and different types of skills. No, we’re not talking about Metroid, we’re talking about Scurge: Hive, an adventure game developed by Orbital Media that could be the best GBA game of this list, but (there’s always a but) it was released in 2006, people already had the Nintendo DS, dooming this game’s sales. S: Hive had a Nintendo 3DS version, You can play them on PC and android with 3DS Emulator.  but it just wasn’t as good as the original, plus, Metroid was already out, so… GBA Games 2023

The game used some interesting mechanics, with rock-paper-scissors combat style, and an infection meter which kept us at the edge of our seats. If you can get your hands on this game, give it a try, it’s a true gem of the GBA era. 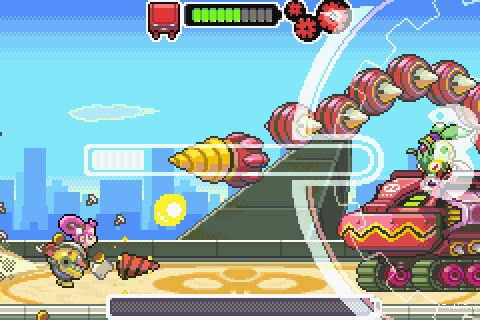 This game has a surprise developer, Game Freak, the almighty dev team of the main Pokemon games gave us the hidden gem that is Drill Dozer. This is a puzzle platformer, it has some kickass bosses and LOTS of drill action, to give it more awesomeness, the cartridge included vibration (this is one of the two games that came with vibrating cartridges, the other one being WarioWare: Twisted!). The cartridge version didn’t reach Europe, but recently the virtual game is available worldwide on the Wii U virtual console, give it a try. 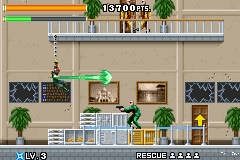 Picture Bionic Commando and Shinobi’s son, and you’ll probably get Ninja Five-O (also known as Ninja Cop in Europe). It’s a lateral scroll ninja action game, with a lot of arcade-ish details, but with the DNA of its parent (Bionic Commando), learning to hook and swing will be essential to win the game.

Visually one of the most beautiful games on this list, Astro Boy: Omega Factor is a renegade, unjustly justify out of the “best GBA games” lists, while this game may not be the most known, it’s a true gem, boasting some sick gameplay, and with some of the best effects and animations, we hope that this game is taken out of the ‘renegade’ list, and gets on ‘the best’ list. 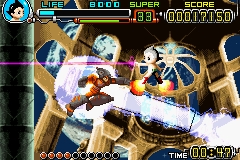 Also known as “the best gameboy advance game that ever came out of Japan” or ” best GBA game that fewer people have played “, this RPG is the sequel to EarthBound (Mother 2 in Japan ), One of the best games Nintendo has released (really biased opinion, but hear me out)
The game was 12 years on development, having a lot of problems and being pushed through four platforms (Development started for the SNES, went through N64, N64DD and it ended on the GBA), it finally launched on January 20, 2006. Mother 3 is a story about maturity and change, with a story way more darker than the earlier installments, this game is a MUST PLAY for all Nintendo fans out there (and also for pretty much everyone), you can get the translated version online, so you have no excuse. Its one of the top gameboy advance games that you never heard about and played!

best gba games of all time

6. Harry Potter and the Prisoner of Azkaban 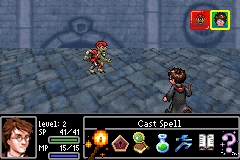 Movie-based games are the kings of this list, with these there are three (and there’s more to come). Harry Potter and The Prisoner of Azkaban was a pretty neat game, lending a lot from Final Fantasy and adding it to the game, giving it a familiar interface you feel like home from the first second, also keeping true to the movie’s history, it’s a highly recommended game.

7. Boktai: The Sun is in Your Hands 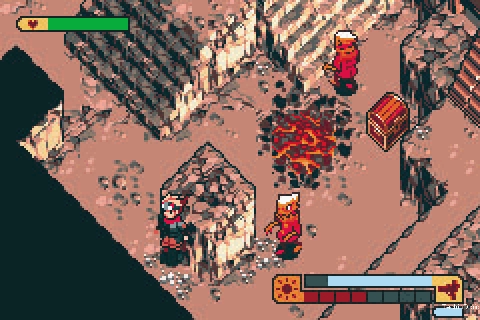 Boktai is also on the “surprise developers” list. This game, developed by Kojima Productions (with Hideo Kojima himself as its producer) is really well made (as expected), but there was another trivia-deserving thing about this game, the cartridge included a solar sensor that affected the gameplay. Django, the protagonist, faces vampires using a pistol that was as powerful as the amount of solar energy the cartridge had, meaning that during the day, the game was an all-out carnage, being a one-man wrecking crew killing everything you saw, and at night it was a game of infiltration and sneaky plays. The game had three other installments, one of them on the Nintendo DS, it came with the solar sensor and changed its name to Lunar Knights. 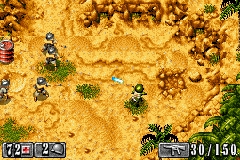 Medal of Honor in GBA is a bit of a hit-and-miss franchise, it has games on both the great gba games and the worst GBA lists (We’re looking at you, MOH: Underground), Medal of Honor Infiltrator is one of the best shooters you can play on the GBA taking you to critical moments of WWII, driving vehicles, running and with a Time Crisis-esque gameplay, you have to beware with this game, as you can become addicted to it. 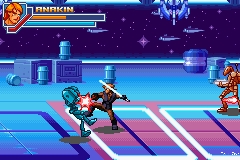 Now with our fourth movie-based game (it’s the last one, we promise), the GBA version of Star Wars Episode III: Revenge of the Sith is one of the most awesome action games we’ve played on the console. Developed by Ubisoft alongside LucasArts, the game is true to the movie, be in the skin of Anakin or Obi-Wan, embrace the force and save the galaxy, or destroy it. Each character has its own playstyle, Anakin is all about aggressiveness, while Obi-Wan is more of a Defensive monster. We highly recommend this game if you want to relive some 2005 feels.

10. The Lord of the Rings: The Return of the King 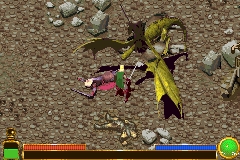 Do you love Diablo? Picture Diablo, but on The Lord of the Rings universe, and you get this movie-based games. LOTR: The Return of the King, is an action-packed RPG, with an isometric perspective and lots of loot, LOTR: The Two Towers is also a highly recommended game, but this has more playable characters, with different campaigns and skills. Its one of the Best RPG for GBA. best gba rpgs 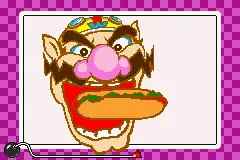 The first title in the WarioWare saga and the second starring Wario on GBA, which was a huge success. The peculiar Wario, realizing that video games are a most profitable business, decides to create his own company: WarioWare, Inc.
But the thing turns out to be more difficult than he thought, so he decides to ask for help from his friends Jimmy, Mona, Dribble… Who quickly set out to create the funniest microgames for their company.
A title that compiled a total of 231 different microgames of the most fun and with two game modes (game mode and grill mode), which made WarioWare, Inc.: Minigame Mania one of the great GBA launch games. A madness that exudes sympathy and originality in abundance and that, more than 20 years later, is difficult to forget…

We hope that this list of Best GBA Games 2023 (Game boy advance games) helped you out a bit to add a little variety to your GBA library, do you have a suggestion or feel like a game shouldn’t be on this list? Leave your comments below! 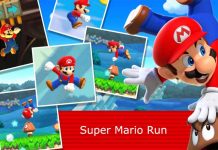