Almost every day, we’re seeing articles written about the privacy invasion threat, how it is destroying the society, and what ways there are to counter it. When in reality, it is not as big of a threat as it is made out to be. In fact, this threat is just being blown out of proportion. There is no questioning the fact that you are being monitored, that too by multiple entities, but does that make it a threat? Absolutely not. Quite frankly, if it weren’t for these privacy threat articles, no one would even care about it.

It has been explained on multiple occasions that the people who need to be afraid of the constant monitoring are the ones who are doing anything wrong. The regular people, living out their normal lives have nothing to be afraid of. Furthermore, if you really want privacy on internet, you can get it rather easily. All you have to do is get your hands on a VPN, enable it, and all of your activity from there on out will be hidden. You don’t even need to pay for one. Just get FalcoVPN, it is the best VPN service available for free and gets the job done without much of a hassle. The entities that have been keeping tabs on the users have good reasons for doing so.

Ad agencies collect the user search data so that the ads you see resonate with stuff you like. This helps you and the brands that are trying to reach out to new consumers. So, it’s a win-win situation for both sides. Without ad agencies, you will be stuck with unrelated advertisements and sponsored links. You will have no interest in them and the team behind the product wouldn’t gain anything from it either. The collection of data has helped refine the placement of ads on the internet and that is not something you used to see before. 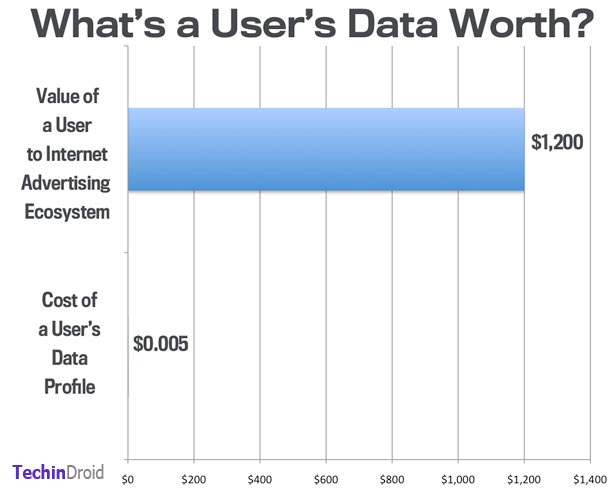 Previously, the ads were random and they didn’t benefit anyone involved. However, things have changed now and that too for the better. Search data collection is just a way to improve user experience and doesn’t hurt the user in any way. However, as mentioned above, if you still want privacy, all you have to do is get a VPN.

It has been reiterated many times but we’ll say it again. The reason government agencies keep tabs on people is that they want to keep them safe. Now that terrorism has increased to a point where some sort of incident is happening every month, these safety measures are necessary. By keeping tabs on people’s smartphones, they are able to stop terrorists before they can commit a heinous crime. It may feel like an invasion of privacy but the digitally connected world has made it very difficult to find a way around it. They either have to keep tabs on all the devices or none of the devices. There just isn’t any middle way here.

All of this is done to keep the populace safe and secure and it has been working rather well. Most of the crimes are stopped beforehand, and most of the criminals are apprehended before they can do anything wrong. Furthermore, it allows police to act first rather than reacting, which works in their favor. Third world countries don’t have always watching entities and they suffer because of it. Due to lack of information available, they are unable to deal with terrorists or terrorism. Knowing that you should consider yourself lucky. Because of always watching eyes of government entities, you have been kept safe from a number of threats, which could’ve proven to be extremely dangerous.

As explained above, privacy invasion threat is not as big of a deal as it is made out to be. Some concerns are legit as people’s privacy is actually being invaded. However, the point of the matter is, it is not hurting you or any other user in any way. The overreaction to privacy being invaded was huge in the beginning, but more and more people have started to realize that they aren’t getting affected by it in any way. This has allowed them to understand why this system was initiated in the first place. Some negative coverage of privacy invasion threat is still going in the media, but now it is happening way less than it was before.

If you are amongst the people that still think that privacy invasion is a threat, then rest assured because you have nothing to be afraid of. Monitoring is only done for two reasons, either to enhance your online experience or to keep you safe from all kinds of online and real life threats – that’s it, there is absolutely nothing more to it.