Here is the guide to convert WhatsApp Voice notes into text for free on android using app.

You’re on the subway or at a meeting and you received a voice note on WhatsApp but there’s no way you’ll let other people listen to that note, you’re doomed, right? Fear not, as there is an app that can help you in that kind of situation.

How to Play YouTube with Screen off on Android.

Crowded places can be really complicated to listen to voice notes, so much noise makes it impossible to hear what the other person is saying, a similar situation occurs when you’re in a silent environment, you need to be extremely quiet and even the inner speaker is too loud to use, you would think that you’ve got no other choice than to ask the other person to either wait up until you get out of those places or to type the voice notes, right?

The folks at Great Bytes Software had this problem as well, and they developed Voicer for Whatsapp. This service can convert your Whatsapp voice notes into text, using a well thought out algorithm and a bit of Text-to-Speech magic, you can finally answer your friends and family’s voice notes, anywhere, anytime.

How to convert WhatsApp Voice notes into Text Android

Whatsapp voice to text not working.

1. Using Voicer for WhatsApp is simple. Whenever You’ve receive a voice note, You just have to keep it pressed and share it with the Voicer app.

2. Once you do, the app will hear and process the voice note, showing us a transcript of what the other person is saying, you can only read it, though, as there is no in-app possibility of exporting. To be honest, the apps works pretty great detecting voices. if the other person is in a really noisy place it has problems, though, it could also happen that if you say a word that the app’s dictionary doesn’t recognize, it will have some issues. it’s still a great app for getting an idea of what the voice note says.

Voicer for WhatsApp is available for free at the Play Store. The app offers a 4-day trial, after that, we’ll have to pay $1.99 a year to keep it running.

Have you tried to convert whatsapp voice notes to text. What do you think? Have you ever encountered a situation as the ones described above? Leave your comments and opinions and share the post. 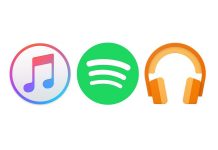