We are going to show you the list of Top 15 BEST RPG Games For Android 2020 – 2020. Based on the users ratings and Most downloaded RPGs on Google play store.

Google Play categorize includes thousands of the RPG games available. HD remakes to exclusive role-playing games for portable devices. What are actually the best RPGs?. Well it depends on How many users playing that game & How popularity around the world it is.

We are providing the most popular Best RPG Games for Android 2020. These are the essential role-playing games for every gamer.

The best strategy games for Android.

Enter this magical world that is threatened by darkness to fight to free it. A whole RGP from the old school where the first sensation has led me to that memory I have of the first time I played the Devil . Improve your armor and objects, choose the right ones to get your magic shed light on this world of darkness. best rpgs 2020 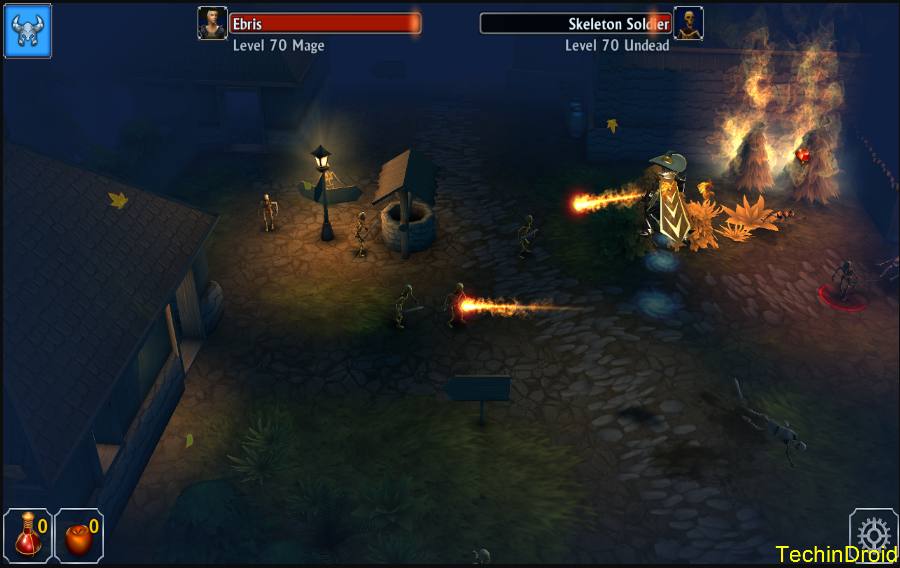 Chaos Rings is one of the best RPGs for android that appeared in 2010 & meant one of the great advances of mobile games. The story, which accompanies different couples that are part of a fight tournament, is one of the most successful views so far on Android. The game received very good reviews on google play. Its reception was so good that since then it has received three continuations and also available in Android. Ah! The game is in Japanese but you can play perfectly, more or less 2016.

3. Final Fantasy Tactics: The War of the Lions

Currently Final Fantasy is the most downloaded RPG Android. And Final Fantasy developers said Final Fantasy VII this year. One of the most interesting on the Final Fantasy Tactics which, although unfortunately not so Advance its still an excellent game. This is The War of Lions , which first came out in 2007 on PSP. best rpgs android 2020 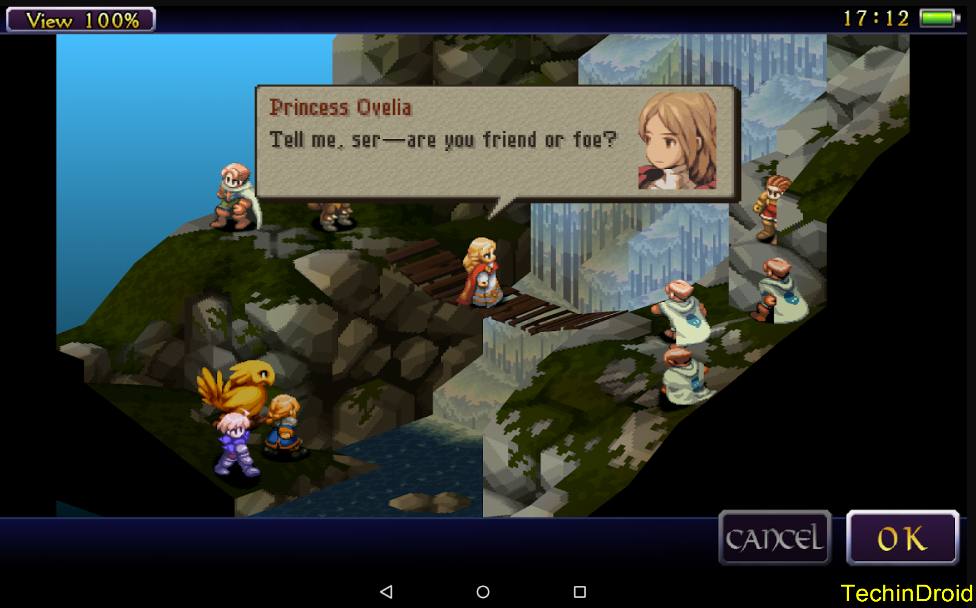 This game comes from the hand of BioWare. More experienced players will know that this company is responsible for current hits like Mass Effect or Dragon Age. Years before these two sagas came, BioWare developed Knights of the Old Republic, an RPG focused on the Star Wars universe that first came to light on the Xbox in 2003. Hopefully we can soon see the sequel to this excellent RPG too On Android. 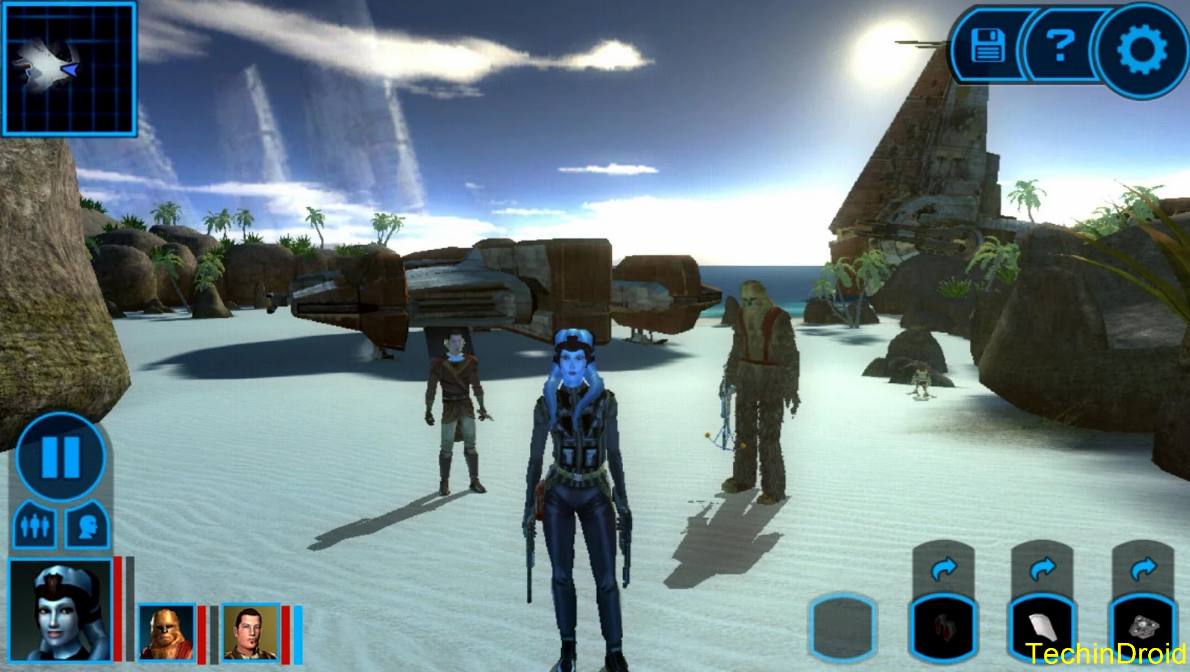 A classic of the genre also developed by Bioware is Baldur’s Gate. Fans of other sagas, such as Dragon Age or Mass Effect, may find this game somewhat outdated in their combat system or character development but, the truth is that it laid the groundwork for what would later end Becoming this developer company. It has a price of almost 8 USD. But, considering that lasts about 60 hours, is a price more than reasonable.

The version of Final Fantasy IV available in Google Play is the remake 3D that was made for Nintendo DS, which is excellent news, since this version is a visual delight. This is one of the key titles of the series as the fourth installment introduced many of the new features that made the Final Fantasy franchise into what it is today. 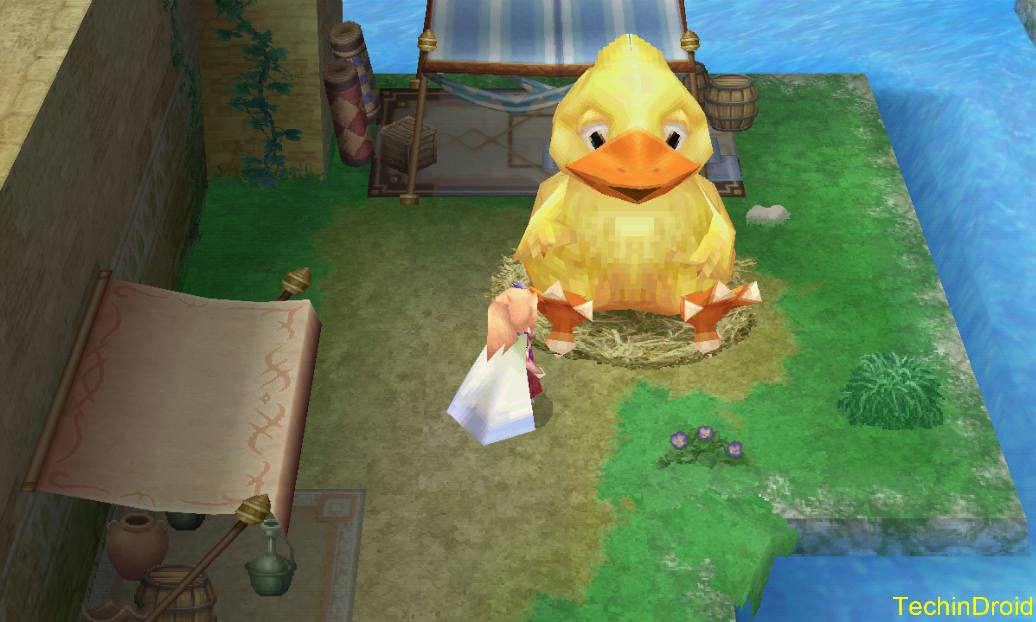 As with Final Fantasy, trying to choose the best Dragon Quest game is incredibly tough. Honestly you should try them all. But if you’ve never played any of them, this can be a good start. Its eighth part saw the light for the first time on PlayStation 2 and its adaptation to Android is excellent. Don’t let its high price ($ 17.99) put you off. Dragon Quest VIII will approximately took 80 hours to complete.  best rpgs all time 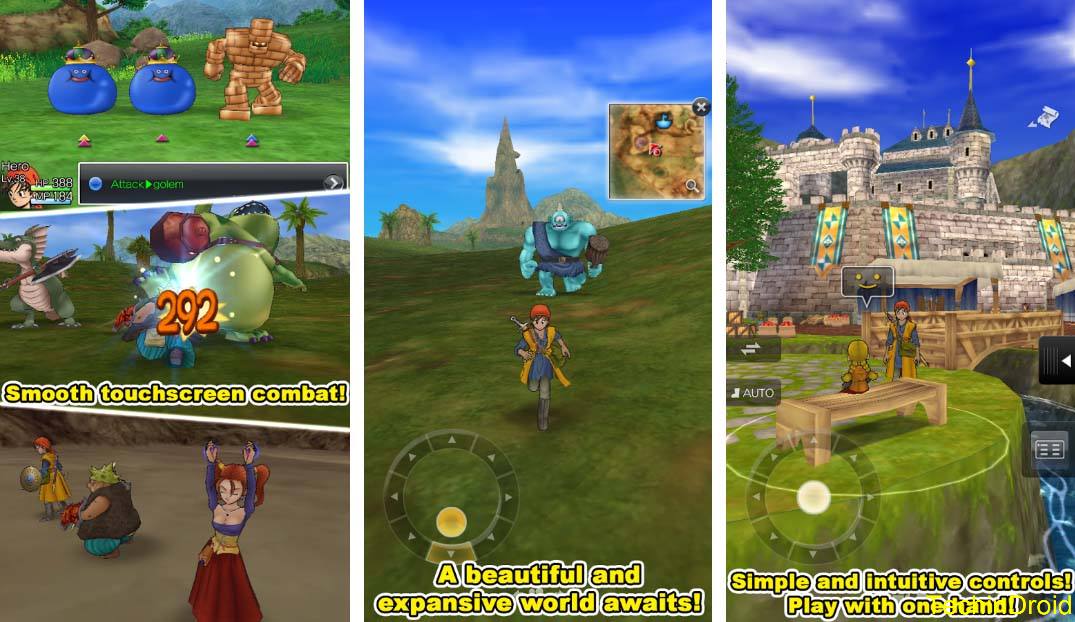 Another gem of BioWare that was released in 1998 for PC and that instantly became a classic of the sort. Baldurs’s Gate was able to revitalize the RPG and lay the groundwork for many developers in the new millennium. Its sequel is also available for download on Android devices. 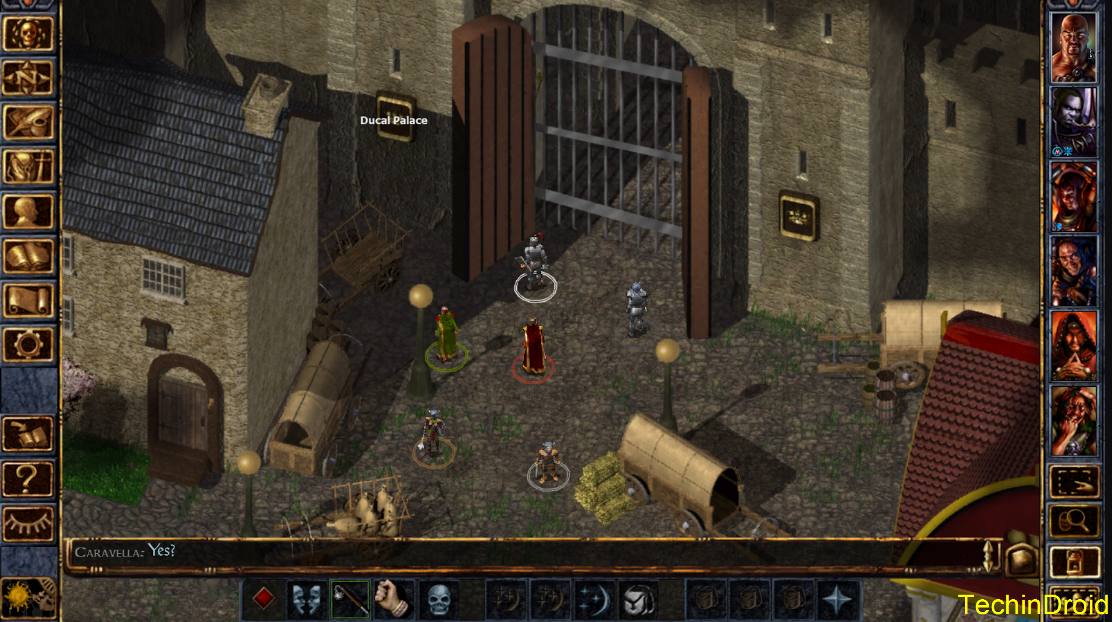 What about this classic rpg genre of android? Chrono Trigger introduces us to seven characters with different motivations traveling through time. If you’ve never tried this game, you shouldn’t be allowed to leave the house until you complete it (which will cost you a few days, since the story is incredibly long). You can download it here.

This saga could become a classic soon. Zenonia is one of the best RPGs games among exclusively designed for smartphones. Its an action game that could lay the groundwork for what the RPG will be on mobile devices in the future card game. 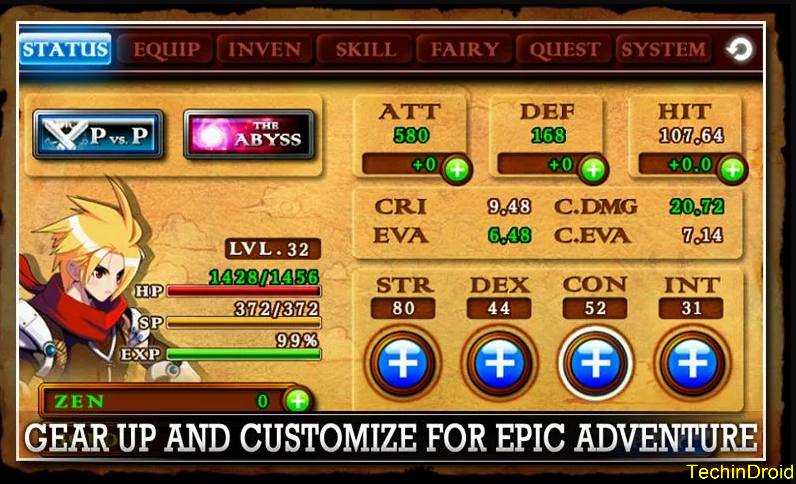 As we previously mentioned Final Fantasy IV, this game represents one of the most downloaded and best RPG saga. In fact, the 6th part of Final Fantasy is the last great game that this franchise could deliver. Regardless of whether you have tried any of the other titles or not, this is a must have game for any gamer who values ??himself. 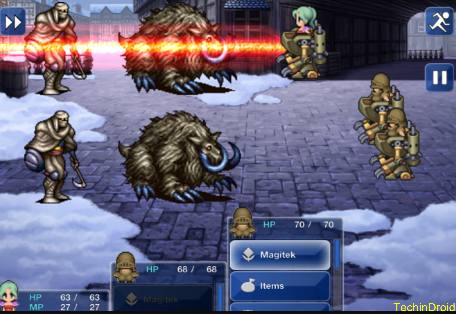 Maybe it’s not as epic as rest of the games on this list. But, it’s an exclusive RPG games for Android deserves to be mentioned. This game has been developed by Kemco Games, available for other games for Android as Covenant of Solitude. I hope this game will mark a new trend for developers by encouraging them to create more exclusive role-playing games for Android instead of developing remakes of classic games. 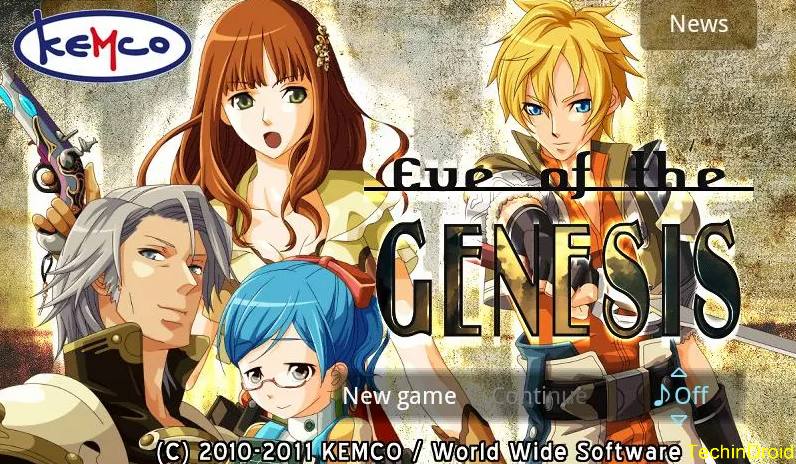 It is noticeable in this list, Square Enix was in its day a factory of classics of roll. Perhaps not as well known as Final Fantasy or Chrono Trigger, this game was one of the best fantasy stories that appeared in SNES in the nineties and today you can download it in the Google Play Store for $ 7.99. best rpgs android 2020

Soda Dungeon is a fantastic game that leads the classic games of the genre. Mixing humor and adventure. The main mission is to advance as much as possible through a deep cavern infested with monsters. It has no cost but it have in-app purchases.

These are the best RPGs of all time on android. What other games should be on the list? 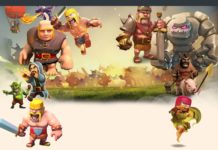