Ever wondered about seeing these kind of options on your cellphone “data roaming” on iPhone, android or any other phone? Here we will make it sure What is roaming data exactly.

Today we are going to explain what is data roaming or roaming. These are two terms that we use a lot, and usually, we have a small idea of what they mean. We already told you how to deactivate it on your mobile phone, but for lack of a deeper explanation, the word may generate some doubts for some users.

Smartphones are increasingly making it easier for us to take our whole world with us when we travel, both personal, with social networks and messaging, and financial. However, we still lack absolute freedom when connecting from any country with our mobile data provider, and this is where these terms come into play. See also How to turn off data roaming on Android or iPhone.

What Is Data Roaming?

What does data roaming mean: The word roaming in itself has no official definition, and it has the same pronunciation when translated. Therefore, the terms in different languages mean the same. Roaming is something that you have to monitor when you travel abroad because if you don’t know anything about it, you could be charged extra costs on your phone bill just by using it as you normally would. So, what does data roaming mean?

In the world of mobile technology, data roaming is when you connect to the Internet through a network different from the one you have contracted with your smartphone. Data roaming only works within international networks – thanks to this, you can send and receive calls, messages, and data when you are outside the coverage area of your mobile operator.

In the United States, under certain conditions, operators have already agreed to stop charging extra costs for roaming. However, when you leave the Union you still have to keep paying when you make a call, send SMS or consume megabytes of data while you are away, so if you use your iPhone to send a video on WhatsApp while you’re outside of the Union, for example, data roaming fees will apply.

The prices that apply to you in each case may vary since it depends on the country from which you connect and the agreement signed by your operator with the one whose network you use while in foreign territory. Therefore, if you are planning a trip abroad and do not want surprises, it is best to talk to your operator to check the price rates of the country you are going to.

The case of MVNOs

But data roaming is not only used when you travel abroad. There is also the case of MVNOs or virtual mobile operators, which don’t have their own data network and reach agreements with other companies to use their own. So, if you hire OMVs, like AT&T Mobility, Sprint Corporation or T-Mobile US, you will have to configure data roaming to be able to use their services.

Data roaming is usually marked on your mobile with the R symbol in the place occupied by 3G, H + or 4G in the indicator of your data coverage, although depending on your phone the R may not come out, and the symbols of classic coverage (G, E, H+) will appear instead. That is why it is important to take it into account, whether the symbol appears or not, and to make sure that we have it activated if we use it in an MVNO, since there are no errors when navigating or making calls, and you will still be charged extra fees if you do. 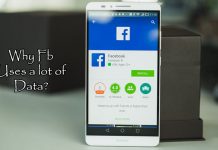 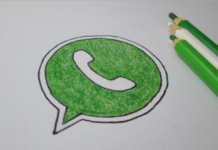