You can now Play PS4 Games on Pc windows/mac without using emulators. Here is the detailed info about the news.

In August of last year, Sony announced that it was launching PS Now, a streaming service that would allow PlayStation users to play PS3 games from PC. Although we didn’t have all the games that have been released for the console, we had available 483 games to play in the service, some of these games were great works such as The Last of Us and the Uncharted trilogy.

That was the case until earlier this year Sony announced that PS4 titles would be added to PS Now, all of them under the same $19.99 monthly subscription.
The assumed reason Sony made this information public is that Microsoft presented a similar product a few weeks before, the service is called Xbox Pass, it’s also a streaming service whose price is $9.99 per month and you have access to 100 games monthly.

The winners of this competition obviously are PC gamers, as they will now be able to play console games without having its hardware.

For the moment, the company has added 20 PS4 games to the PlayStation Now catalog this week, increasing the total number of titles available to over 500. Which you can play through pc, the launched games are:

You can opt for a 7-day trial to see if you like it, keep in mind that this service requires you to have a stable internet connection, especially in online play. I hope this guide will help you with Play PS4 Games on Pc What do you think about this? Will this be the dawn of a new era of gaming or just one of the many services that try to make a name but fail to do so? Leave your comments below! 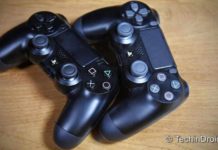