How to Record cell phone calls android 2023: Recording calls is a tricky  topic. There are many reasons to record a call. So much so as to be able to remember some instructions, keep as gold cloth a conversation with someone you admire or if you need a test for a claim or lawsuit. Thanks to a smartphone you can record your calls. We will share some best call recorder apps for android. you can spy and secretly record phone calls on android

Apps to record cell phone calls can be found on Google Play and all work in much the same way. Here we present you the best rated and the one that I think is the most simple and practical.

Some devices have locked the option to record phone calls. Some others have standard software to record the calls. Xiaomi devices which have this option built-in in their MIUI system.

Legal Note:  In the United States and many other countries it is illegal to record a phone call if you do not participate in it. However, it is legal to record it without the consent of the other person as long as this recording is not made public, in addition it may be used as evidence in a lawsuit. Recordings made with the consent of the two parties are totally legal. Before using any of these methods make sure it is not illegal where you are.

With this application you can record phone calls secretly very simply. First install it from Google Play and once the process is finished. Open the application. From the first time you launch it is already working and will record all the calls you make. how to record a call in samsung

In the main window you can see the list of all the calls we have recorded. By swipe right we can see which have been outgoing, incoming and which we have marked as favorites.

If we pull the left side towards the center we will have a menu with the option to deactivate the recordings and the adjustments among other options.

In the settings we can modify a large number of parameters to fit our needs. 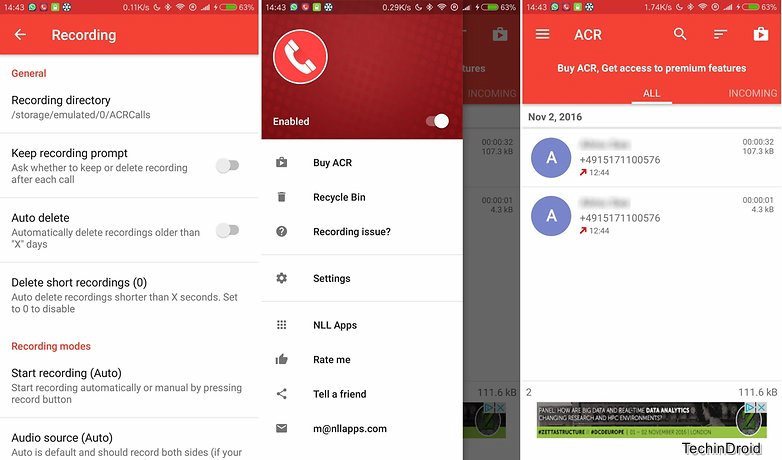 To synchronize the recordings with a cloud storage service you will need to purchase the Pro version of the application.

You can also directly share the recordings but remember that in many countries this practice may be illegal.

Here are some other alternatives you can try:

As you see Android offers solutions for everything. Maybe some have another favorite application to record calls. If so, do not hesitate to tell us what is discussed in the comments. To read more articles like record phone calls in android i recommend you enter How To category. 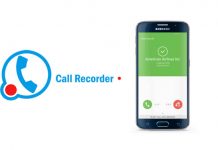